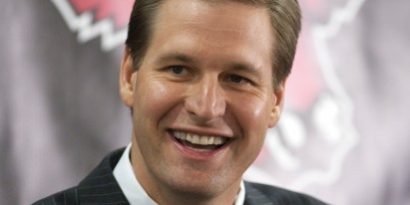 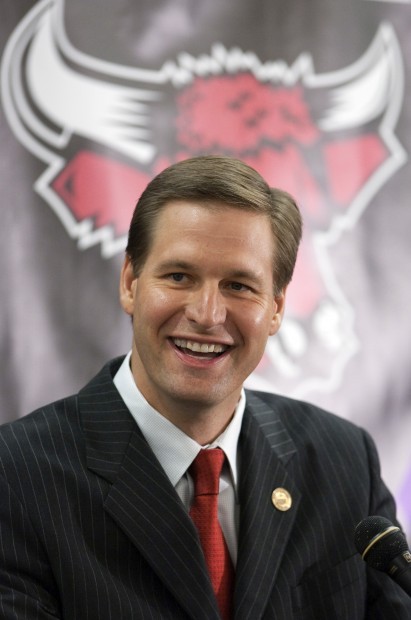 Trev will be talking about the construction of the new Baseball and Softball Stadium near Baxter Arena, as well as the success of UNO’s Athletic Department as a Division 1 Member.  Plenty of time will be available for Q&A.  If you like sports (or construction) this is one meeting you don’t want to miss!

Vice Chancellor for Athletic Leadership and Management Director of Intercollegiate Athletics at UNO.

Trev was elevated to Vice Chancellor for Athletics in 2014 and works alongside a talented and passionate group of administrators and coaches.  During his tenure, he has directed significant advancements in the areas of academic success, business, facilities, conference affiliation and rebranding for Omaha Athletics.  Under Alberts’ leadership, the Mavericks officially reclassified to Division 1 Membership in 2015-2016.

Alberts has been instrumental in leading initiatives for athletic construction such as the Hamilton Academic Excellence Room and the development of the Ethel S. Abbott Student-Athlete Development Wing in the Sapp Fieldhouse.  The Mavericks also renovated their former football stadium into an all-weather soccer pitch that serves as the on-campus home for UNO’s men’s and women’s soccer programs.

Alberts also directed efforts to secure community support and funding to build the Baxter Arena at 67th and Center, as part of UNO’s South Campus.  The arena, which opened in 2015, serves as the first on-campus home for the UNO hockey team and is also the home of men’s and women’s basketball and volleyball, as well as numerous other campus events, concerts and community events.

Of course, he’s also known as being one of the most decorated defensive players in Nebraska football history.

Register below by January 30th!

Registration is now closed for this event. Please contact Ali at 402.592.3330 for additional information.